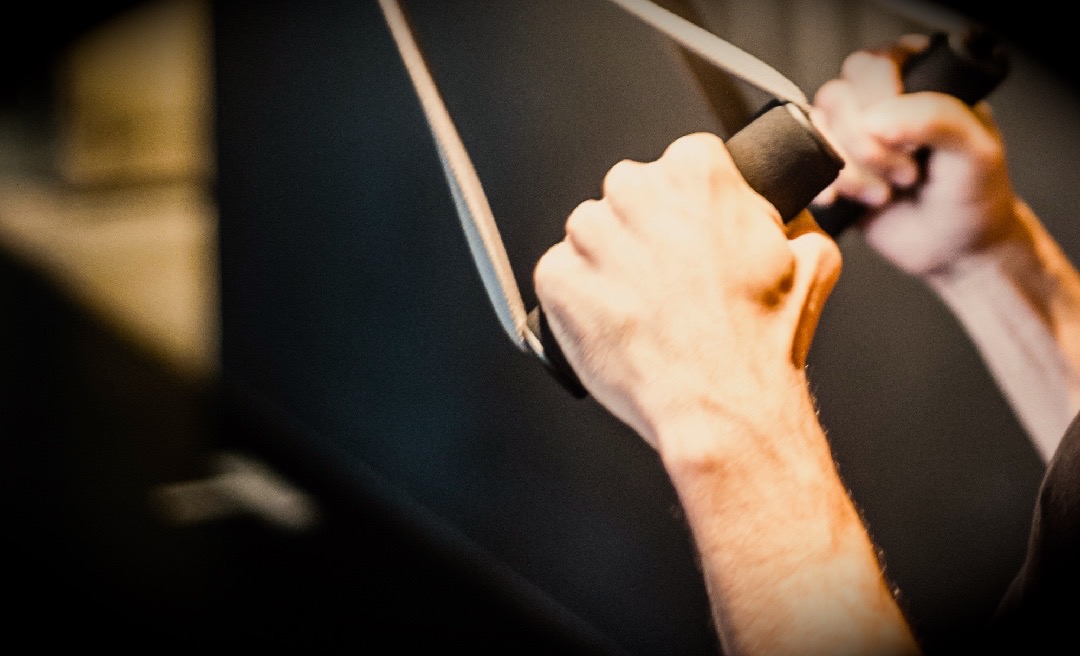 It is with great pleasure and pride that I am writing this blog entry to share a simple story. Seeing as how this story takes place between two Chinese New Years, I guess there’s no better time to share it than now.

My name is Don Richmond. I am a singer/songwriter, music composer/producer and I also host a program on Clicknetwork.tv called The Click Show. I’m a huge fan of Mixed Martial Arts (MMA) and I love to do some MMA training whenever I can and I love my food, I mean BOY DO I LOVE MY FOOD. There you go. That pretty much sums up my entire existence in two simple sentences.

Over the last few years I’ve managed to take up some MMA as a form of exercise but as I was pretty much unfit for most of my adult life, it did pose quite a challenge for me as I was constantly getting myself injured. In hindsight, I should have asked myself: “What were you thinking? High impact combat sports are made for younger people. Maybe you should just jog.”

Instead, every time I got a little hurt and injured I decided to not give myself the required amount of time of rest and would just train through it. The worst of all the injuries came when I tore my groin muscle doing a little wrestling. It wasn’t a difficult move. It happened during warm up when I was practicing a takedown on a partner. I felt a rubber band snap and roll in my groin and instantly I couldn’t stand up. Moving was just impossible. I hobbled off and went home. The next day saw my entire groin turn blue black until just above the knee, and I knew that was going to be a long, long recovery. I had difficulty doing anything for an entire year. Sex was excruciating. I repeat: having sex was tough! So sad! You never know how much the groin muscle is needed for anything until you take it for granted. I was depressed. And as with all depressed moments in my life, I filled the moments with food – a whole lot of it.

I ate when I was unhappy about my injury, I ate when I couldn’t move, I ate when people started to talk about my weight gain. Do you see the pattern emerging? I was 36 going on 37 and I thought to myself that this was it; this was my lot in life. I’m not 18 anymore where I could have shrugged off an injury. Why exercise when all you’re going to do is get injured again and again? Why bother? So I got bigger and bigger.

I was shooting episodes of my show and it was publicly obvious that I was getting bigger with each episode and man were people very vocal about it. I was very affected but yet chose to drown the misery in more food because that was really the only source of comfort I knew. When people would ask me about the weight gain I would just say “I’m injured. I will lose it all when I’m well.” Denial… really… isn’t just a river in Egypt guys.

Last Chinese New Year, I had to shoot a CNY segment for my show (as I always do) and I found that the costume I had to wear was just too tight. The buttons were almost bursting. The fabric was pulled so tightly that between each button there would be a big gap revealing my skin. I was advised by my director to put on a t-shirt inside so the skin and tummy wouldn’t show on camera. It was tight, I remember not being able to breathe well in it, and I had to sing. I remember watching the video when it came out and just almost wanting to cry because all I could see was a man who had let himself down, and let himself go. I was injury free, but too heavy, too lazy, and too miserable to see a way out. God forbid that I get another injury while trying to lose this weight. I showered, and honestly, hadn’t seen my dick in a long while. HA HA. Now guys, if there ever was a sign you should do something about yourself, is when you cannot see your dick.

I remember being at my wits end thinking to myself “there must be someone who can understand this feeling and maybe someone who can help”. Almost miraculously, a friend whom I hadn’t heard from in a while texted me.

“Hey Don, not sure if you’ve ever heard about this place Ritual. But if you ever want to give it a go, give me a call.” It was Nadia Daeng.

I googled Ritual. 20 mins of exercise per session, clothes and towels provided. They take away every excuse you’ve ever tried using to possibly not show up and train.

“What can 20 minutes of exercise do?” “It’s going to be boring, it’s going to be easy. I have done so much MMA training. This will be child’s play! I don’t want to do push ups. I want to run and play football and spar!”

The greatest decision I’d made in 2014 was to just show the fuck up at Ritual’s doorstep and just walk in. I did. At the trial session, I was assessed by Amir and coached in a gruelling session by Mubin. I was out of breath and couldn’t lift my arms and legs at the end of the session. I met Faizal at the Shake Bar and he was talking to me about his weight loss regime. Over the week I met the other coaches and the Program Director, Ian, who told me what I needed to hear. “We are not interested in anything short term. It’s all about the long term and lifestyle change”. That stuck with me. It resonated. I downloaded the Ritual Grub Guide and started learning about eating right.

I ached more with every day that I forced myself to go down. I hadn’t ached that much since…never, not even in National Service. Every time it hurt so much I just wanted to stop and just ignore it. So I decided to set myself a goal. I will use Ritual to get a little conditioning so that I can make my way to a 3-week Muay Thai camp in Thailand. I figured that the conditioning would allow me to enjoy my time in Muay Thai. It was a hard road but I made it to Thailand and I enjoyed the training because I had ached worse a few weeks prior. By the time I got home, I was hooked to the lessoning aches that every single session promised.

Then, the worst happened, I got injured doing sprints at the neighbourhood stadium. I pulled a hamstring. It was over. It was happening all over again. I texted Ian and asked for help and he sent some real good practical advice and the next day I went to Ritual and decided to do a session. I asked Shrek the Head Coach for advice and he even adjusted the exercises to work around the injury. He even suggested doing deadlifts!! For my pulled hamstring! “It’s for the stretch bro… try it”. I trusted him and it worked. I was able to train through the injury safely and I was back at 100% in no time.

Ritual had become a way of life for me. Put in 20 hard minutes of work each day and try your best to eat as well as you can. That’s all that I ask of myself. Try. Don’t weigh yourself, don’t stress over the things that make you feel like you need to show the world how far you’ve come.

It hasn’t been a year at Ritual yet. That anniversary for me will be celebrated in April. But it’s CNY. I had to wear the same shirt I wore last year for this year’s video. It’s loose. I didn’t need to wear a T Shirt inside. I shaved off my goatee because I no longer require a dark patch of hair to show people where my actual chin is. It shows up all by itself. I love how I feel about myself and I fully accept that I have a long, long way to go before I can ever shake off all that weight that the binging has brought upon all these years. Now, I’m actually enjoying the journey. I don’t beat myself up when I slip up and have a burger. There’s a great system of belief and support that’s been built in me through the people I have met at Ritual: normal, human beings with the same cravings and insecurities. They celebrate life and the journey. I’m learning how to as well.

So for everyone out there thinking of starting on some sort of exercise regime and healthy eating, let’s just say that I know how hard it is. To get off the couch and put one foot in front of the other, to choose the chicken breast over the Hokkien Mee. It’s not easy. Anyone telling you it’s easy is a lying son/daughter of a bitch. Don’t focus on a 3-month crash diet or juice fast. Just do a little every day. A little. And I swear to you before you know it, you will learn to love yourself enough to make the right decisions. But of course, if you are thinking of starting, give yourself a break and start after Pineapple Tart season. I did.

As for the people at Ritual that have changed my life: Thank You. Shrek, Nas, Mubin, Amir, Ramzan, Ruzaini, Desmond, Faizal, Christine, Stephanie, Shawn, Ian and Brad, you guys have no idea the positive change you bring about in so many people’s lives on a daily basis. You should be so fucking proud. Have a great holiday!